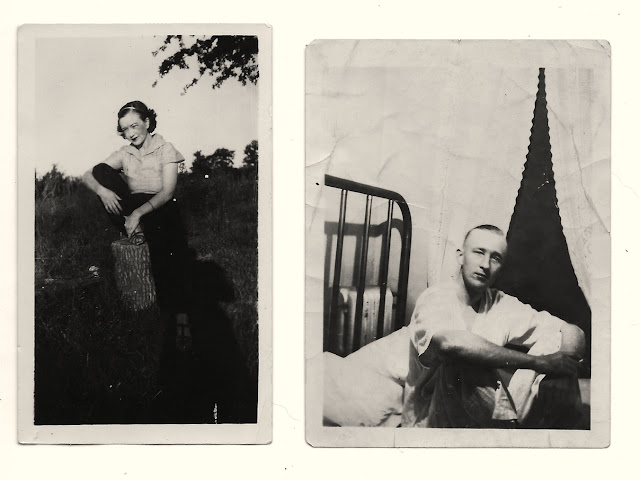 Samuel Gray was born on August 23, 1921 at his family's farm in Moss Springs Tennessee. He was drafted into the US Army the day after his twenty first birthday in 1941. Before leaving for boot camp he married Janet Rowbark. She became pregnant with their first and only child Carolyn.

At bootcamp Sam was given eight weeks of medical training and promoted to the rank of Field Medic First Class. He was deployed to the South of France in January 1942.

In April the US Government took possession of the Gray farmstead as well as the town of Moss Springs as part of a 90 square mile land acquisition act. This land was used for the top secret nuclear research and refinement facility that was later to be known as the Manhattan Project.

The Gray family was given four weeks to vacate the property. Sam's father moved to Nashville in hopes of finding work. Janet and her baby moved to Pikeville to stay in a converted toolshed on her Uncle Bill's farm. In December both Janet and the baby developed scarlet fever and died. Their were buried in Pikeville.

Sam was shot on the morning on January 2nd 1943. He was treated in the field hospital for a wound to his left hand. They removed his small finger. from there he was shipped to the Crile Military Hospital in the United States. He remained there for three months where he was treated for combat fatigue and psychoneurotic disorder.

On May 14th, Sam was honorably discharged and given a train ticket to Nashville.

He stayed one night in Nashville at his father's single room apartment. The next morning he boarded a train with a ticket to Pikeville. Sam wrote the following in his journal:

"The train pulled into Pikeville, and my eyes filled with tears, my ears filled with explosions, and my body turned to stone. In time I realized the train was moving again, and I knew I would never set foot in Pikeville".

The complete biography of Sam Gray - Dr Graybones And His Curious Knapsack is published by the Nomadic Fungi Institute. The first edition is available through the White Rock Zine Machine.