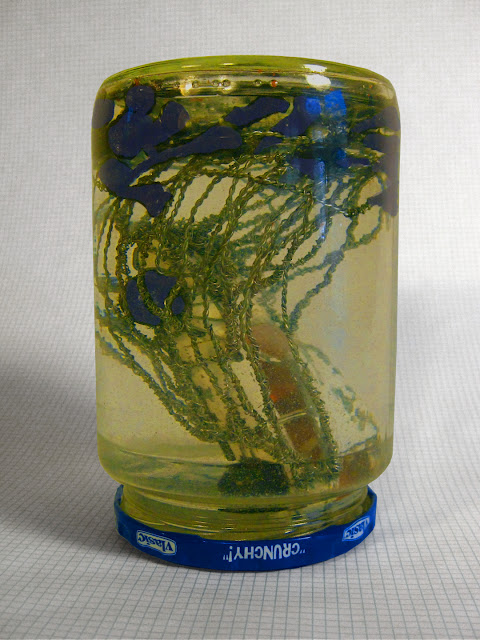 The coffee cup slipped from my hand as I gazed upon Crunchy Capri. Over night it had gone from a bubble covered car to a jar full of silver twirling mycelium tendrils.

The NFI staff was so stunned by this rapid growth, we are not sure what to do next. Open up the jar and take samples, or sit back and take lots of photos.

There is some concern that all this growth could be building up pressure inside the jar and that it could explode like homemade jam gone bad. That would be a major containment breach disaster. I don't think our renters insurance would cover the cleanup cost.

Bubbles And Boils Oh My! 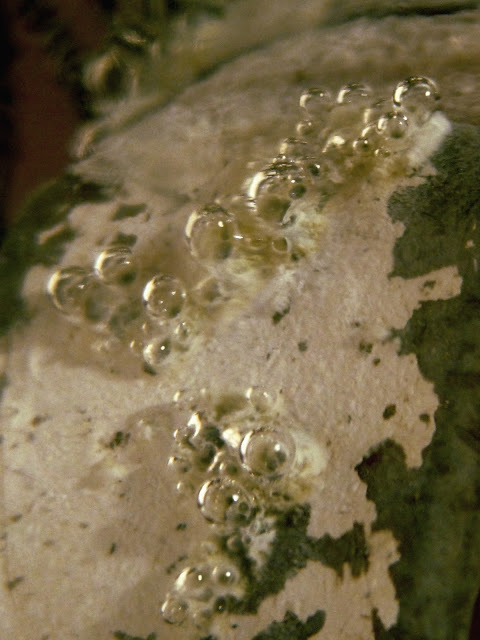 Each day of the Nomadic Fungus Spore Sprouting Test begins with written and photographic documentation of all ten test samples. This process is repeated at noon and again just before we shut off the lights at the end of the day. That's a little over 300 notations and photographs taken so far.

Most of the test samples have remained inert, but one sample, Crunchy Capri has developed some very photo worthy features. 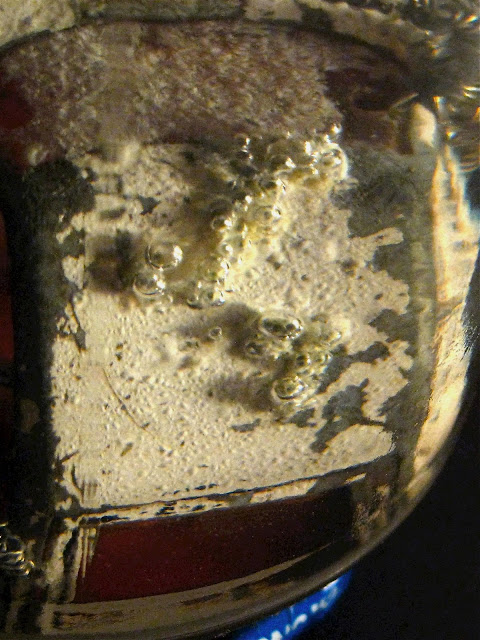 The curve of the glass jar causes some visual distortion but it is still clear enough to see the large silver bubbles now clustered on the car roof. These are reminiscent of methane biogas bubbles produced in marshes, swamps and bogs.

The next item of note are the small boils of delaminating paint that have appeared across the metal surfaces. Where the paint has flaked away, the newly exposed metal underneath is greenish and swollen.

The Nomadic Fungus Cocktail itself remains clear but a soft gray sediment has now formed on the front windshield.

These developments strongly indicate that the Nomadic Fungus Cocktail used on Crunchy Capri has generated an active Nomadic Fungus culture that is feeding on the car. How far this propagation will progress can only be guessed at, so we'll just have to wait and watch. Take lots of notes and tons more photographs.