A Journal Of Giant Toadstools 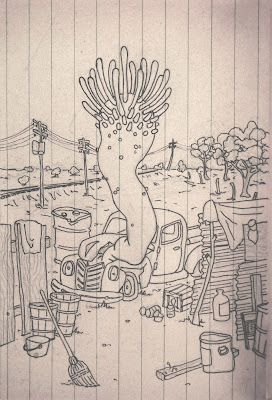 Lavish illustrations of giant toadstools fill the journal of Dr. Graybones, a hobo who road the Southern rails between 1943 to 1953.

Posted here are a few of the sketches pulled from his journal.


"Everyone left after the water turned sour. No one camps here anymore" 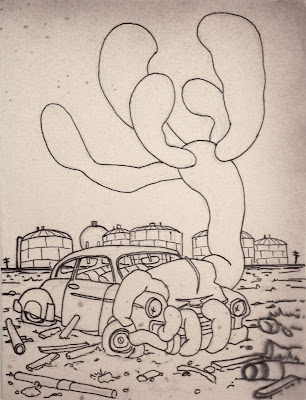 It appears he had multiple encounters with what he refers to as Giant Toadstools. Many of these he graphically illustrates.


"The oil covers everything except the giant toadstool" 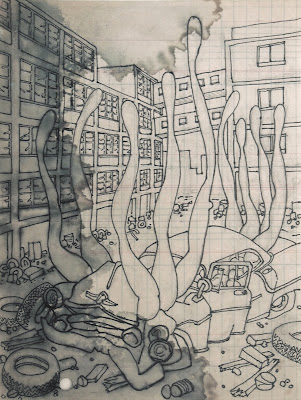 "It's not all the junk, it's the car that these toadstools like"

A small catalog of Dr. Graybones' drawings and personal effects will be published by the Nomadic Fungi Institute in conjunction with the White Rock Zine Machine.


Subscribe to the World Of Nomadic Fungi for more details.