A Curious Knapsack Reveals It's Secrets 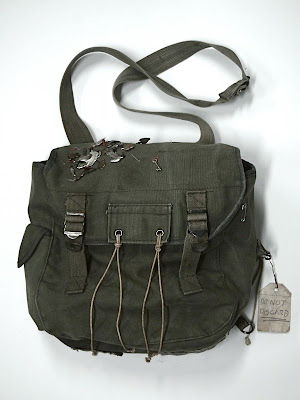 The Nomadic Fungi Institute has received a curious knapsack whose contents has pushed the earliest documented sighting of a Nomadic Fungus back to 1944.

This knapsack belonged to Dr. Graybones, a hobo who traveled throughout the southern states from 1943 to 1953.

Inside are the basic items that make life livable along the railroad tracks; a knife, spoon, matches, wool gloves and a journal where Dr. Graybones penned down his observations, including several encounters with Giant Toadstools.

The Nomadic Fungi Institute is in the process of archiving this canvas treasure trove and will soon publish a small catalogue - Dr Graybones And His Curious Knapsack. The first edition will be available through the White Rock Zine Machine and the Deep Vellum bookstore.

Subscribe to the World Of Nomadic Fungi for more information.