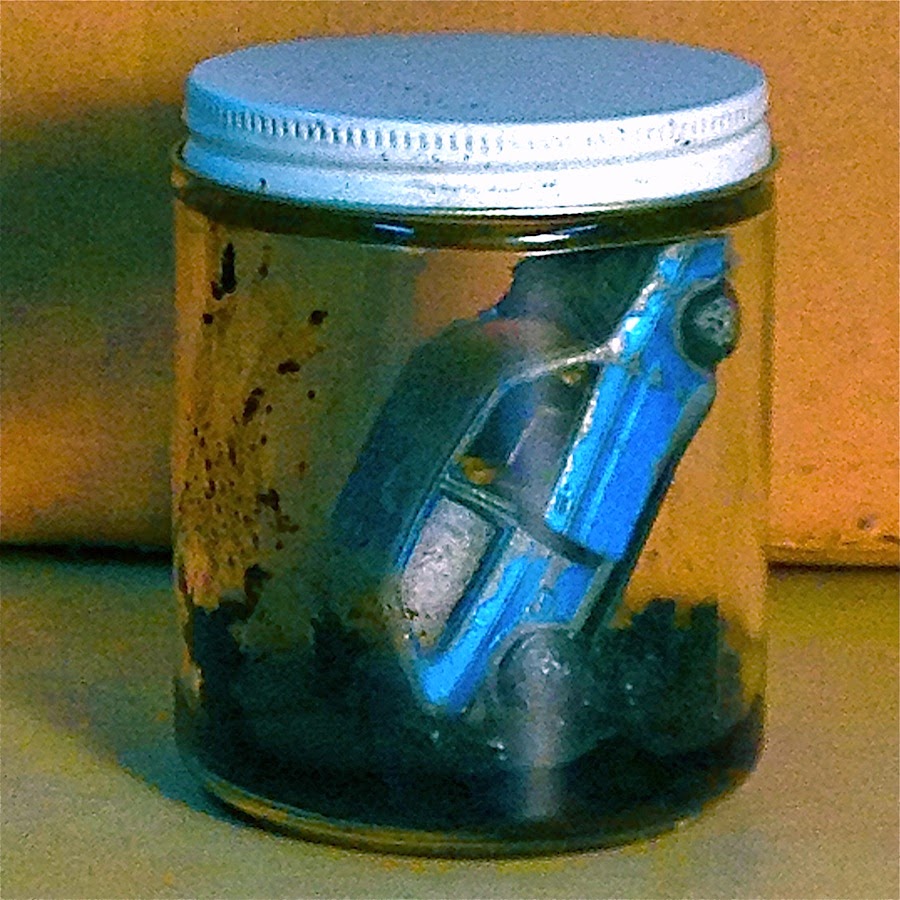 On May 2nd, 2014 the Nomadic Fungi Institute began conducting tests on NF spores to determine if the spores can germinate under controlled conditions. Relying on data gathered during the examination of Sample BT OTT-NF2014, the NFI labs created what appears to be the preferred environment of NF spores inside an air tight specimen jar. This jar and all documents pertaining to this test are now labeled as Lab Sample NF Spore Spout 2014-001.

During the first 30 days a glossy sheen appeared on all the surfaces of the vehicle. Developments are encouraging.

During the next 30 days, the sheen developed into a thick clear slime. The under carriage and interior floor panels have buckled. The pleather seats appear soft and supple. Although there are no visible signs of mycelium growth, we remain optimistic.

All notes are based on visual observations only. The lid of the jar remains sealed and has not been opened.