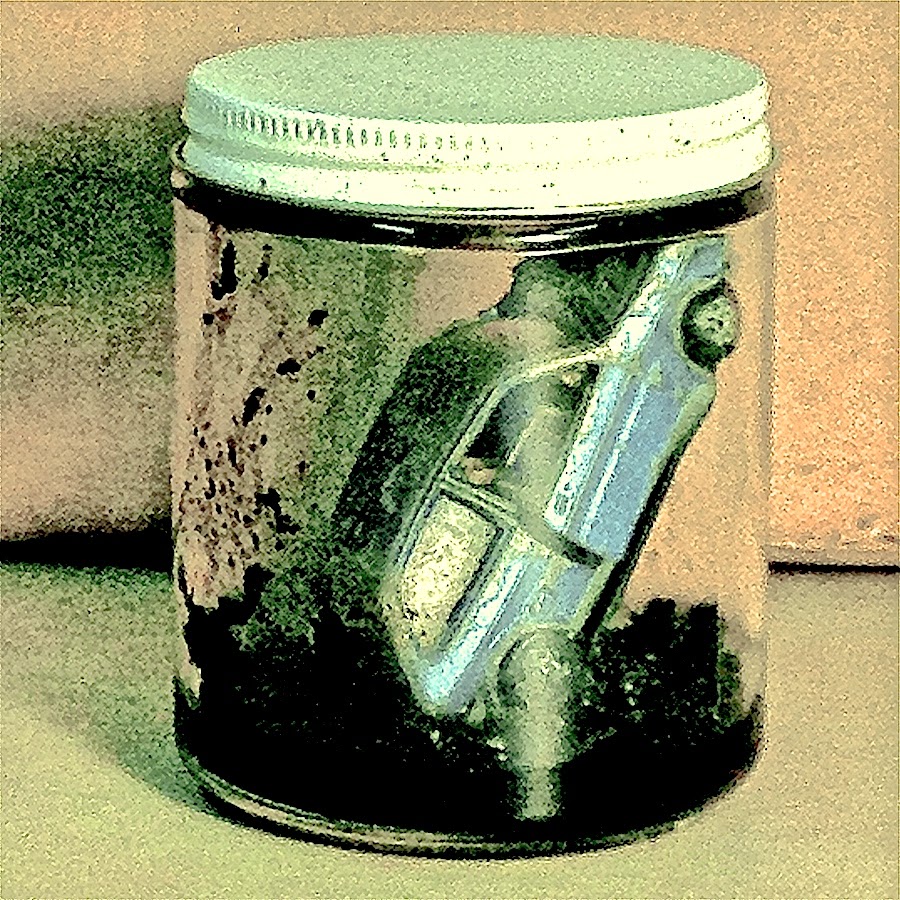 The spore spouting test on Lab Sample NF- 2014-001 is officially over.

It began auspiciously as a culture of clear slime slowly developing over the entire surface of the vehicle. (See previous document: Spore Sprouting Terrarium Up Date)  Unfortunately during the past 30 days no new developments have been noted. So we have come to the conclusion that the NF spores have failed to germinate.

The excitement generated by this test has been keeping the NFI staff spirits very high and very productive. Lots of of items on the to do list have been completed. The backlog of paperwork has been whittled down to mere sticks, and even the more menial tasks such as cleaning the bathroom has been attended to with a smile.

But now, with this official announcement that the test has failed, a dark cloud hangs over NFI. The old musty files seem twice as musty and twice as numerous. Complaints of allergies have replaced whistled tunes...