Terrariums Of Oil and Gasoline 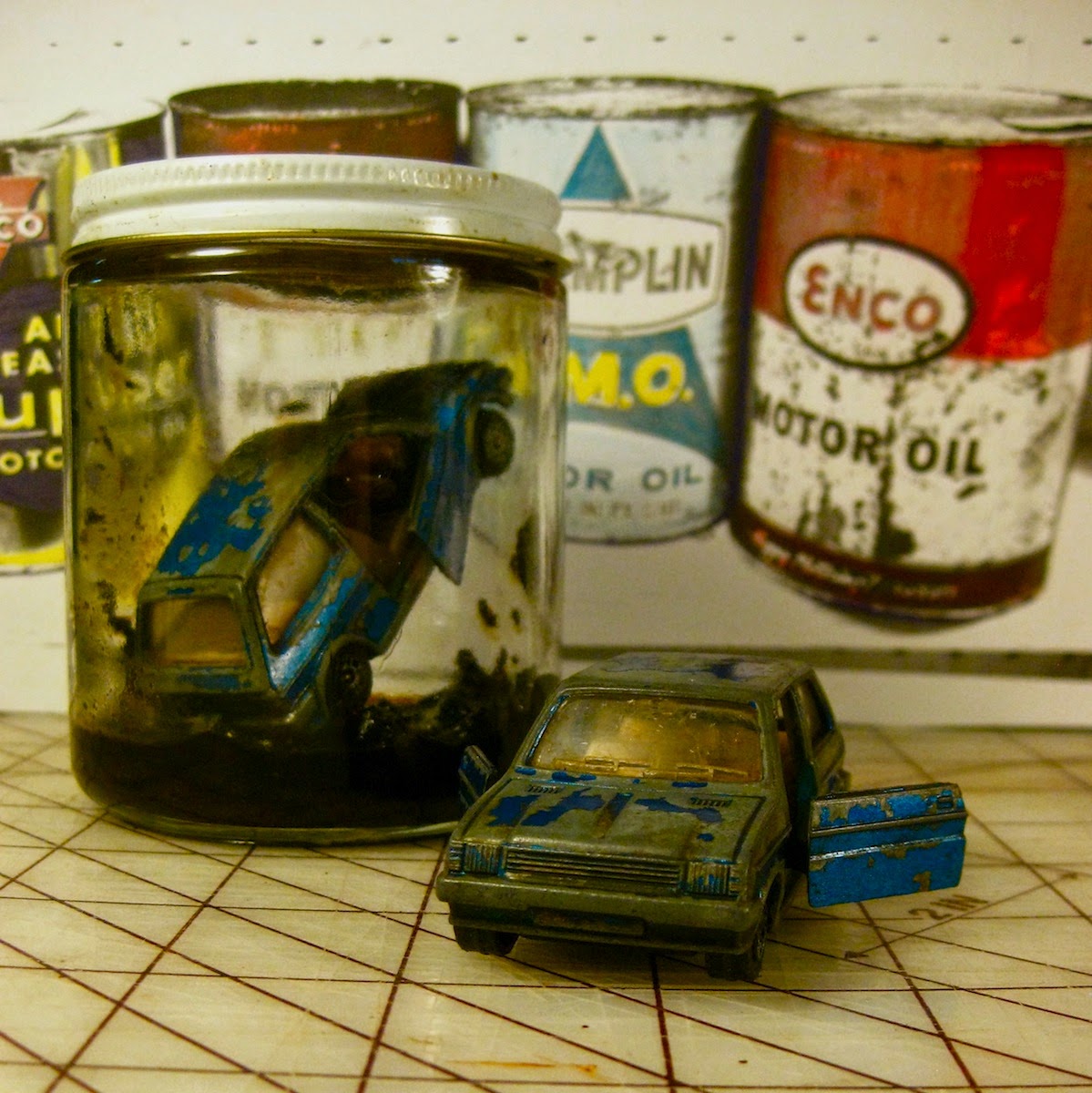 The research lab at the Nomadic Fungi Institute has been a very busy place as the investigation of the sample BT OTT-NF2014 continues to shed new light on the world of nomadic fungi.

In the last NFI document What Attracts Nomadic Fungus Spores, it was noted that the preferred environment of the NF spores is one that is heavily saturated with modern industrial products made from polyvinyl chlorides and/or petroleum, materials that are commonly associated with automobiles.

Following this line of observation, the NFI lab has proposed to construct a sealed container that mimics this preferred environment, and to use this container in the attempt to sprout NF spores.

On May 1st 2014, NFI acquired two miniaturized Austin Mini Metros. One of these is being held as a control model, while the other is being used as the base material on which the NFI lab hopes to sprout NF spores.

On May 2nd 2014, the base model was placed inside a straight sided, clear glass specimen jar along with a large dollop of motor oil sludge collected from Oily Joe's Auto Service Shop. The container was then infused with NF spores and sealed.

As of this posting May 4th 2014, no activity has been noted inside the jar.