As part of the Nomadic Fungi Institute's mission to inform the community about the spread of the parasitic fungus known as Nomadic Fungi we are very happy to announce the launch of the official NFI logo. 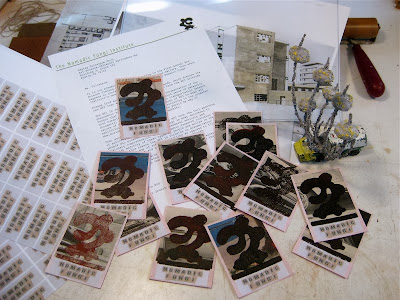 The NFI logo will be used on all official NFI letterhead and documents. It will also be incorporated into NFI field surveys as a marker of known Nomadic Fungi activity.

The NFI logo will be posted at Nomadic Fungi contamination sites in order to warn the public that they are entering an area with known levels of Nomadic Fungi spore activity. The NFI logo will use a color code system similar to the one used by the Homeland Security Advisory System in monitoring the threat of terrorist attacks, ie: Yellow- Guarded, Orange- Elevated, Red- High, Purple- Severe.