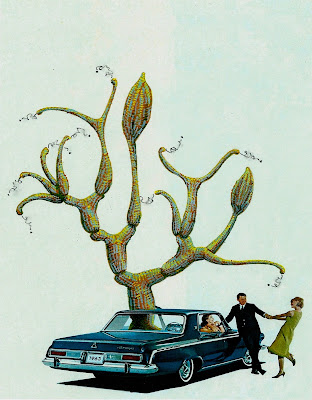 The Nomadic Fungi Institute has come into possession of documents that were released by the Bureau of Scientific Analysis and Protection (BSAP) through the Freedom of Information Act (FOIA). These documents cover a time period when secret military testing was being preformed on a genus of parasitic fungus known as Cordyceps. The code name for this project was the Nomadic Fungi Project*.

The BSAP used the FOIA's exempt information clause to heavily censor these documents with long blackened bars obscuring a majority of the text. Judging from what can be gleamed from the documents much of the photographic documentation has been removed.

Our preliminary studies indicate that the Nomadic Fungi Project began testing in the late 1950s, focusing on the invasive characteristics of a parasitic fungus known as Cordyceps, and how to optimize its ability to immobilize victims. Apparently it was a fluke that the researchers created a cordyceps that was quite effective at de-mobilizing motorized vehicles. The only drawback was the extended time required by the fungus spores to germinate. 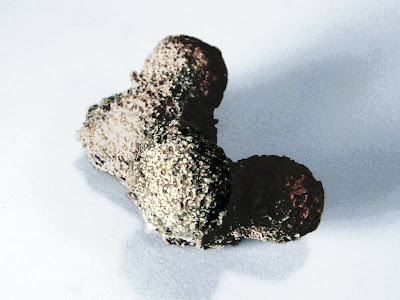 Beginning in 1962, experimentation was being conducted on the spores, focusing on speeding up the germination process. By 1967 a cultivated spore was developed that cut the germination time down from two months to just under one week (5-6 days).

There were serious concerns voiced at this time concerning the containment of such an aggressive fungus, and what would happen if a containment breach were to occur. Despite these concerns testing and development continued until Febuary 19th, 1971 when President Nixon suddenly shelved the project and all documents were sealed.

Over the next few months the Nomadic Fungi Institute will be posting more from this cache of documents.

*Apparently our Founder Mr. Rotifer H. Wobbler based the name of the Nomadic Fungi Institute on the rumored existence of this secret military testing project. Unfortunately due to his sudden disappearance in 1973 and the fire that destroyed his home, we cannot be certain.