A Fresh Sample Walks in the Door 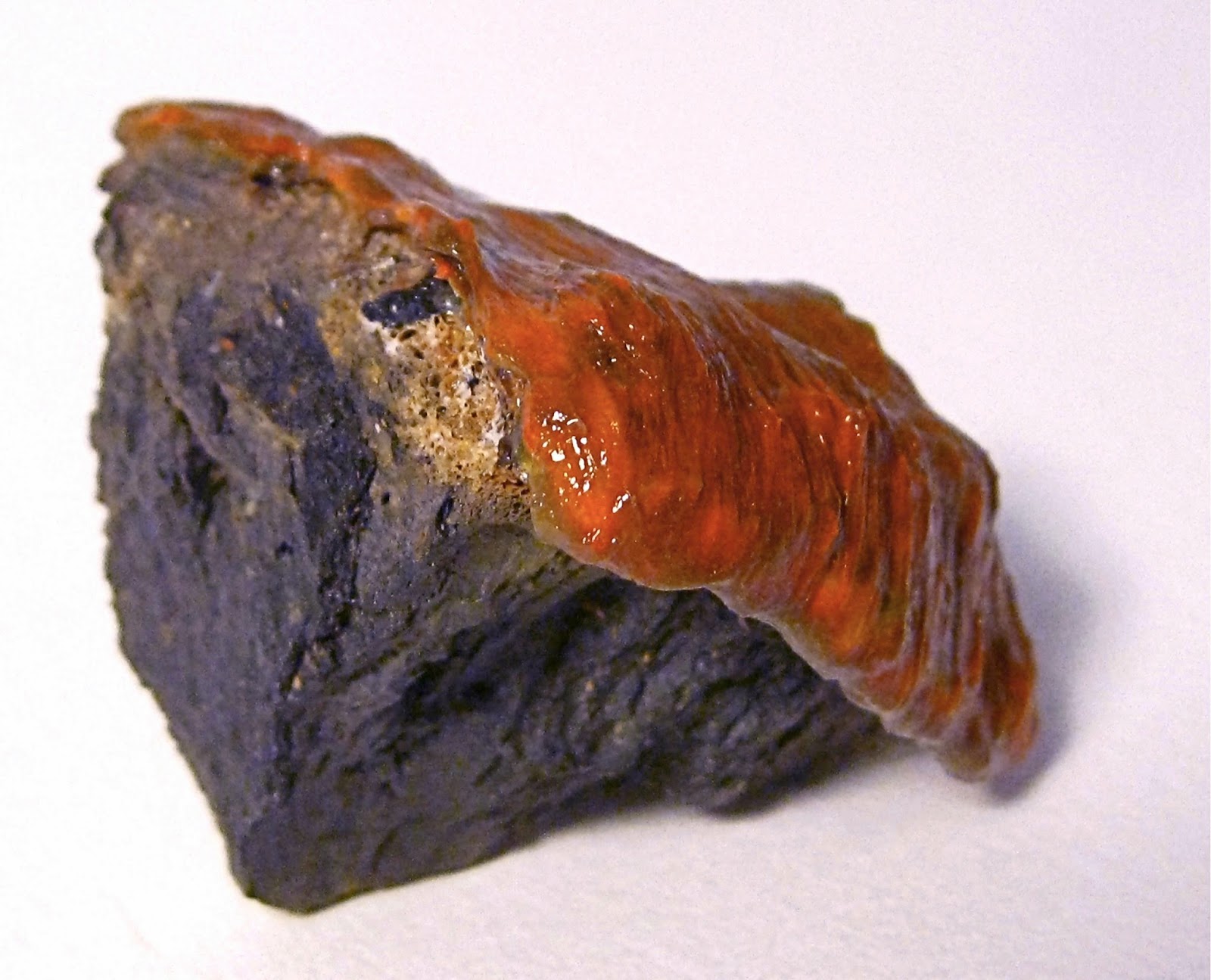 Most of the information that the Nomadic Fungi Institute gathers comes by way of digging through dusty filing cabinets located in musty library basements, or from people who commonly begin their statements with My Uncle once told me... or I found these strange photographs in an old shoe box.

It's not often that someone walks into the NFI office, pulls a large chuck of organic material from their pocket and says I'll trade this for a 4.10 shotgun.

One look at the plump purple and red mass the he held in his hand and we were on the phone to the local gun shop... 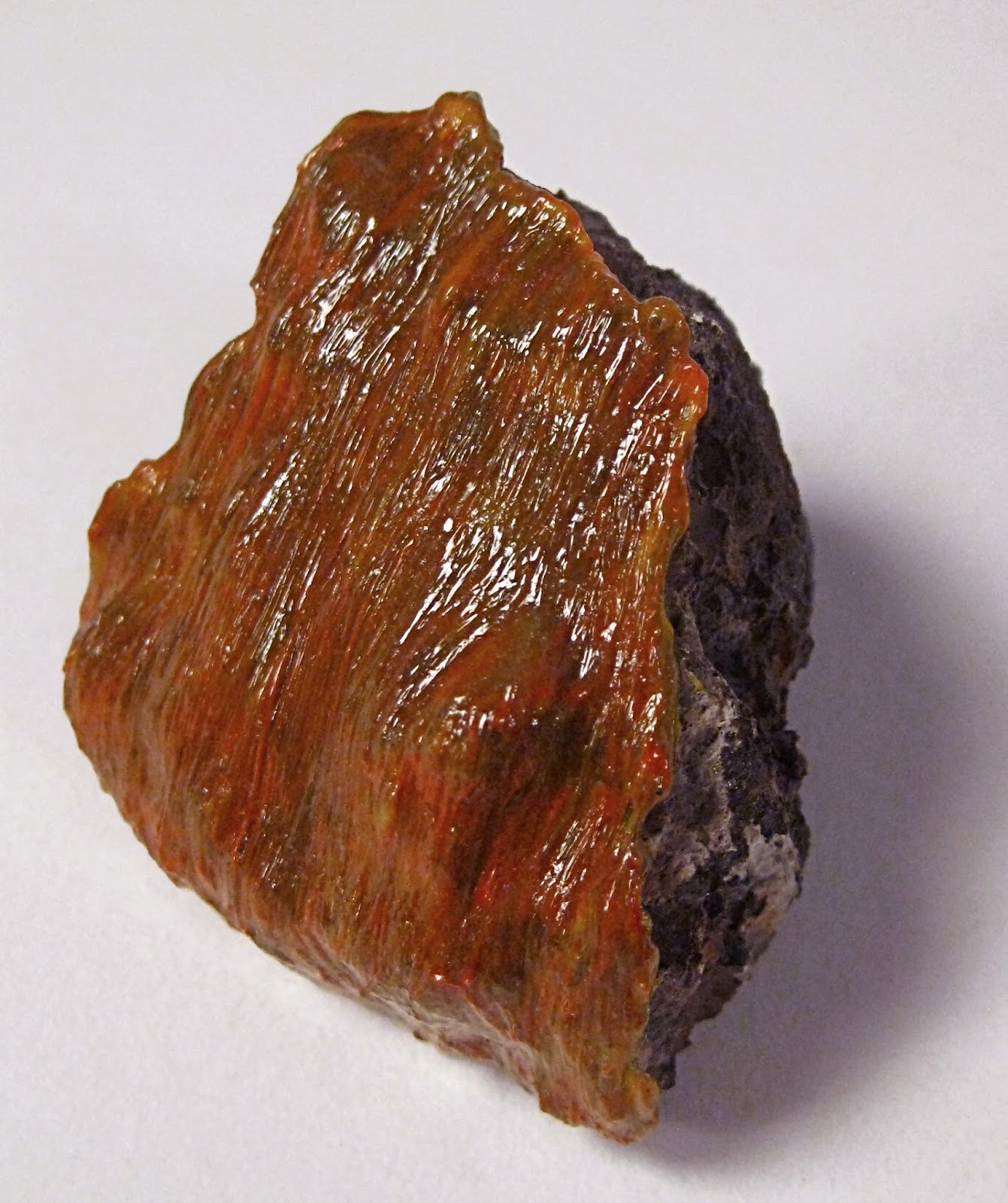 Our friendly barter from Lower Mud Lake Louisiana told us he saw this slimy treelike thing growing on a broken down BP oil transport truck. He was out hunting rabbits at the time, so with a few well placed shots he was able to extract a sample. Unfortunately, in his hast to vacate the area he dropped his shotgun, and due to the security guards chasing him he was unable to turn around and retrieve it. 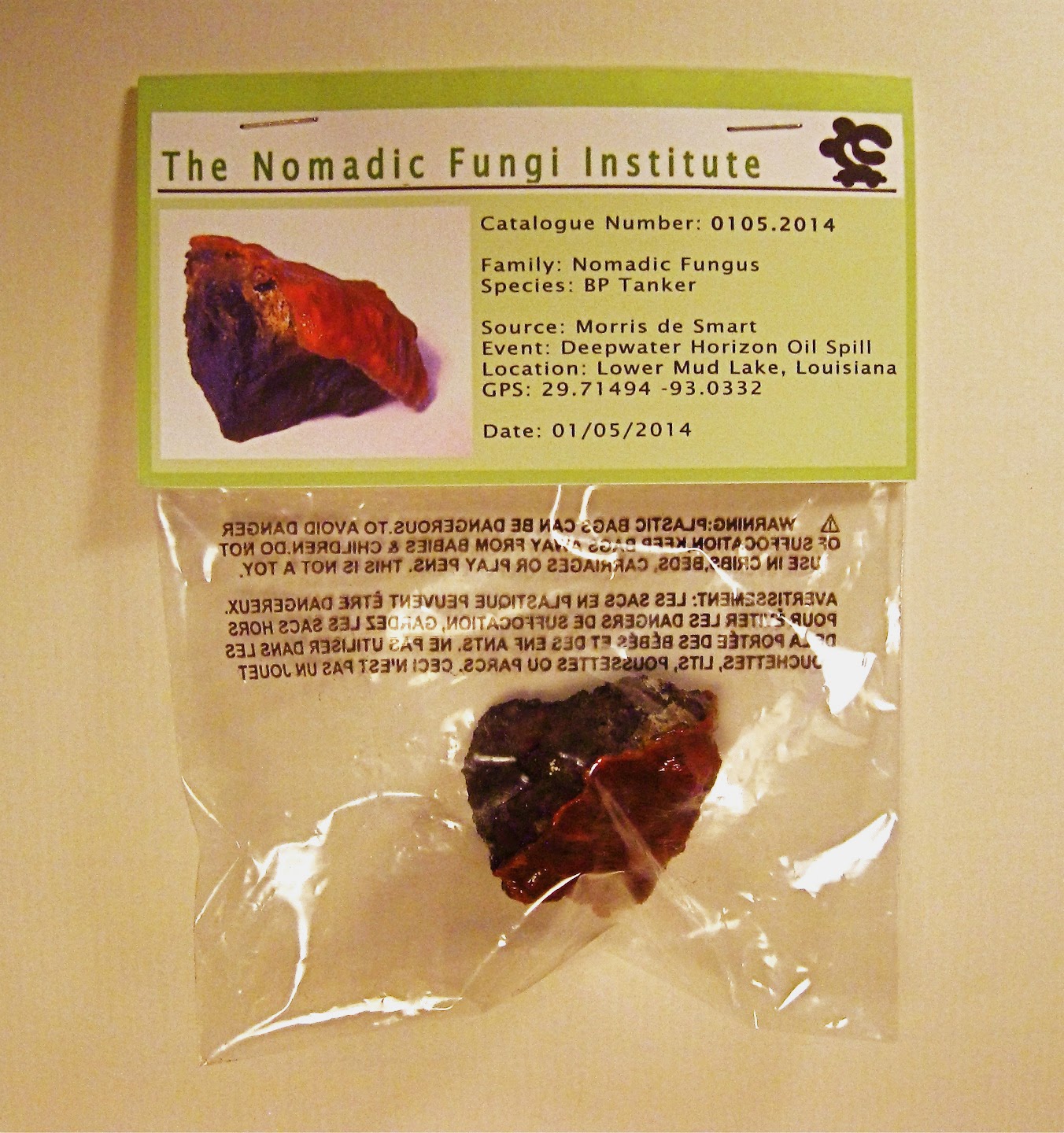 As for the sample, it does indeed appear to be from the fungus family, and judging by the size of it's radiating lamellae it came from something much, much bigger than your average store bought portobello. The sample appears to be relatively fresh, meaty, and even slightly moist to the touch. It is quite possible that it could still produce fertile spores. But don't worry, as you can see in the photograph above, NFI has taken the appropriate precautions to contain and document this highly prized specimen.