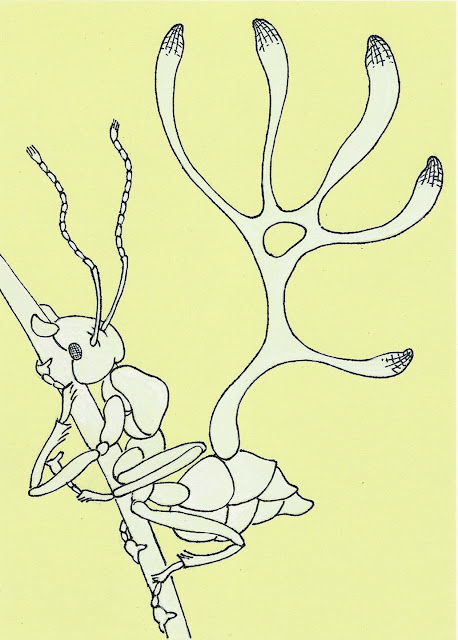 Nomadic Fungi are a transmogrification of the Cordyceps genus. Cordyceps are a fungus that propagates through parasitic behavior. Their airborne spores attach to small insects such as ants, spiders and crickets. The spores first sprout roots that attach to the central nervous system, overriding the host insect’s mental and physical functions.

Thus impaired, the insect responds in a zombie like fashion climbing the nearest plant where it firmly attaches itself and waits.

The spores, now feeding off of the body fluids of the insect soon rupture through the insect’s skin and grow upward into long horns. These horns develop a covering of thousands of fresh spores that are taken up by the wind and silently float back to the earth, landing on new unsuspecting insect hosts.